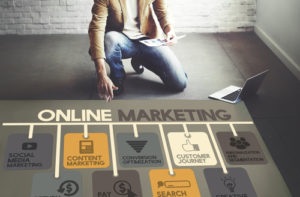 The advent of social networks changed how individuals connect, interact with one another, and follow their preferred brands. Big advertisements on buildings or in magazines and TV spots are losing their influencing power. Today, people often look up to social media influencers ahead of making purchase decisions instead of looking at celebrities who promote brands in TV commercials.

It can be tricky to spot fake influencer profiles, but here are some ways in which brands can shortlist only real ones for upcoming campaigns.

Red Flags to Look at to Identify Them

Fake influencers are likely to have a bio and profile that are vague. For instance, their profile could be empty save some emoticons, or they would be having fake-sounding emails. Fake influencers tend not to have a forename associated with their account.

Email and real name in the profile are signs that the person is genuine. Another sign of fake influencers is their presence is just limited to one social network. Real influencers generally operate across different social media platforms.

Fake influencers often buy followers from different sources. Technically, they are not followers, but bots. The only intention behind buying them is to just increase the number of followers. That said, this is not the only sign to look at. Why? Because some veterans, who lack digital literacy, think that they are buying real followers, not bots. However, this does not mean that their influence among whatever community they cater to is not for real.

A good way to know whether or not buying followers is an honest mistake by popular people is to follow news regarding these matters. Some journos, who have achieved so many things in life, for instance, have admitted their mistake, and put it down to their lack of digital understanding. After all, there is some nuance to the argument that it is human to create followers for self-promotion, and is no sin. Often, in influencer online marketing, you tend to follow someone because they have X number of “followers”.

Generic Comments on the Majority of Their Posts

One more way to identify a fake social media influencer is by looking at the comments under their posts. Real influencer profiles likely have content-specific responses from followers. In addition to that, they will seldom miss the chance to interact with followers.

However, the comment section of fake influencer profiles would be flooded with platitudes and random remarks. While these are not the only signs to look at, these do suggest that what you are looking at is likely a fake profile.